On May 11, 2017, The One Club for Creativity hosted the Creative Week, one of the industry's leading conferences attracting designers, producers, creatives and marketing executives from all over the world. 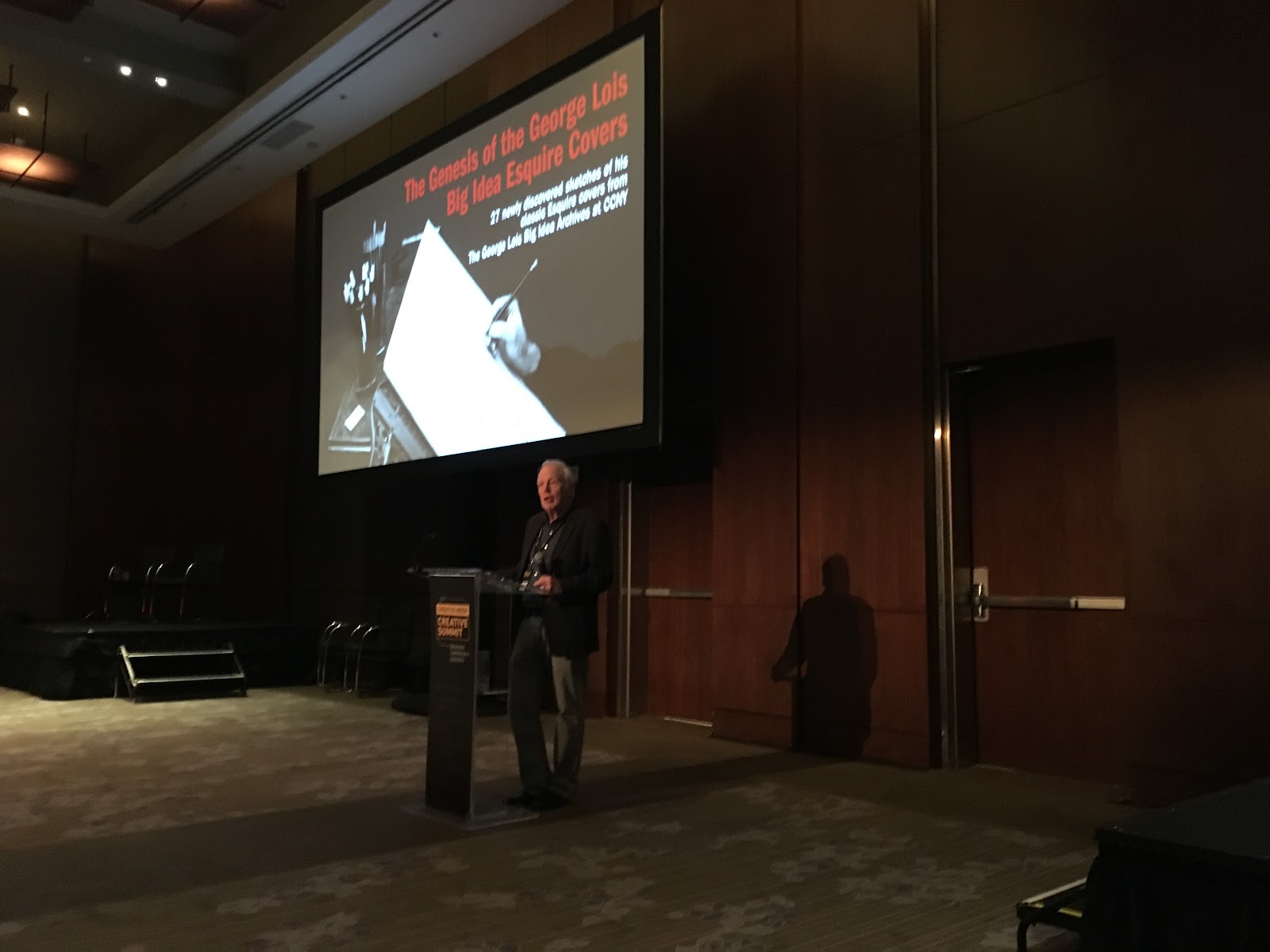 George Lois, who many call the “original MadMan”, was the 2017 Creative Summit Main Speaker.  Lois, a pioneer of advertising’s Creative Revolution in the 1960s, is most known for being an art director of a number of controversial Esquire covers that sparked conversation on topics ranging from pop art to college students dodging the Vietnam War draft.  Some of the covers include Muhammed Ali as San Sebastian and Andy Warhol drowning in the Campbell’s soup can that he is most famous for.  Many of the covers were on display along the hotel’s hallways to promote Lois’ new archives that he so generously donated to The City College of New York.  It was through the George Lois “Big Ideas” Archive that I was able to attend this conference.


During his hour long keynote, George Lois recalled his time at various advertising agencies from Doyle Dane Bernbach which is now Omnicom’s DDB Worldwide, to Papert Koenig Lois which he co-founded, before being approached by Esquire editor Harold Hayes to “teach [him] how to do better covers.”  The Esquire method of a group of art directors, designers, and editors convening and debating which article deserved to be the cover story was not working.  Lois called the process “group grope.” He believes that great work comes not from a group, but from an individual. 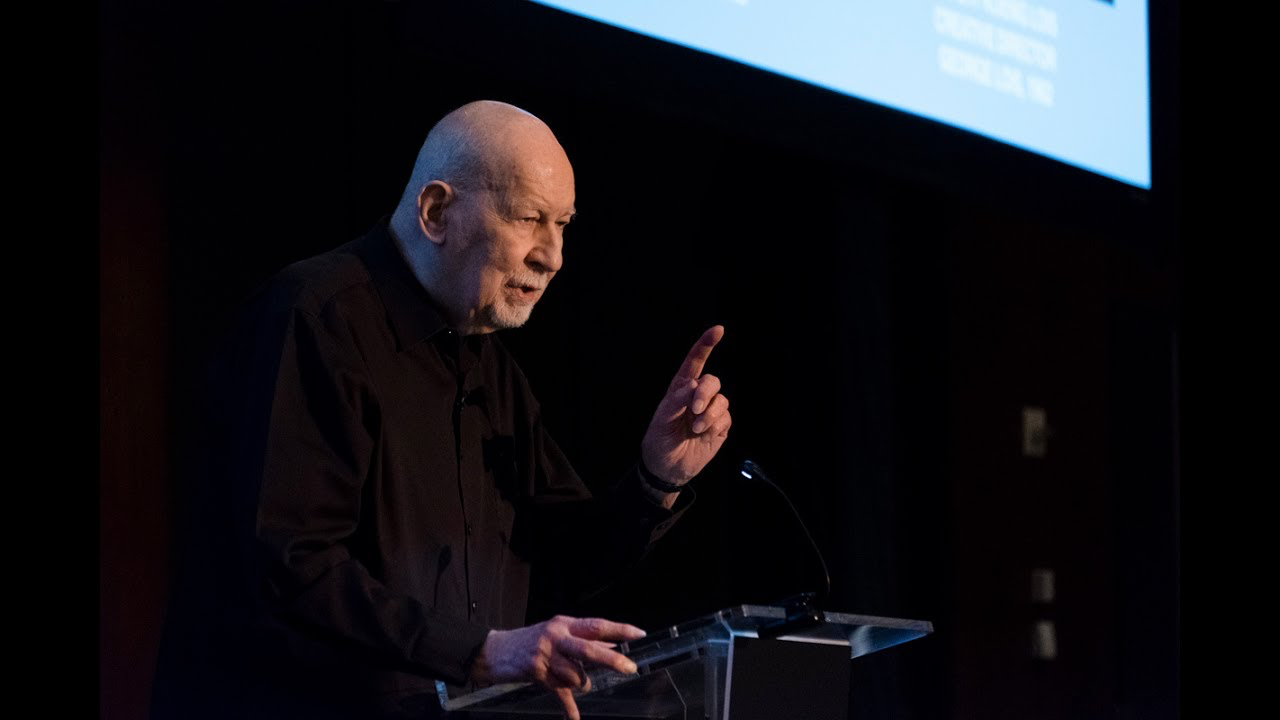 So, Hayes commissioned Lois to design one cover to prove that a freelancer is capable of creating great covers for the failing magazine.  That cover was the photograph of a defeated boxer Floyd Patterson lookalike in black shorts laying in the ring of an empty arena. It called the results of the fight, which had not yet happened, and the cover was an instant success.  Esquire’s circulation more than quadrupled to two million copies. 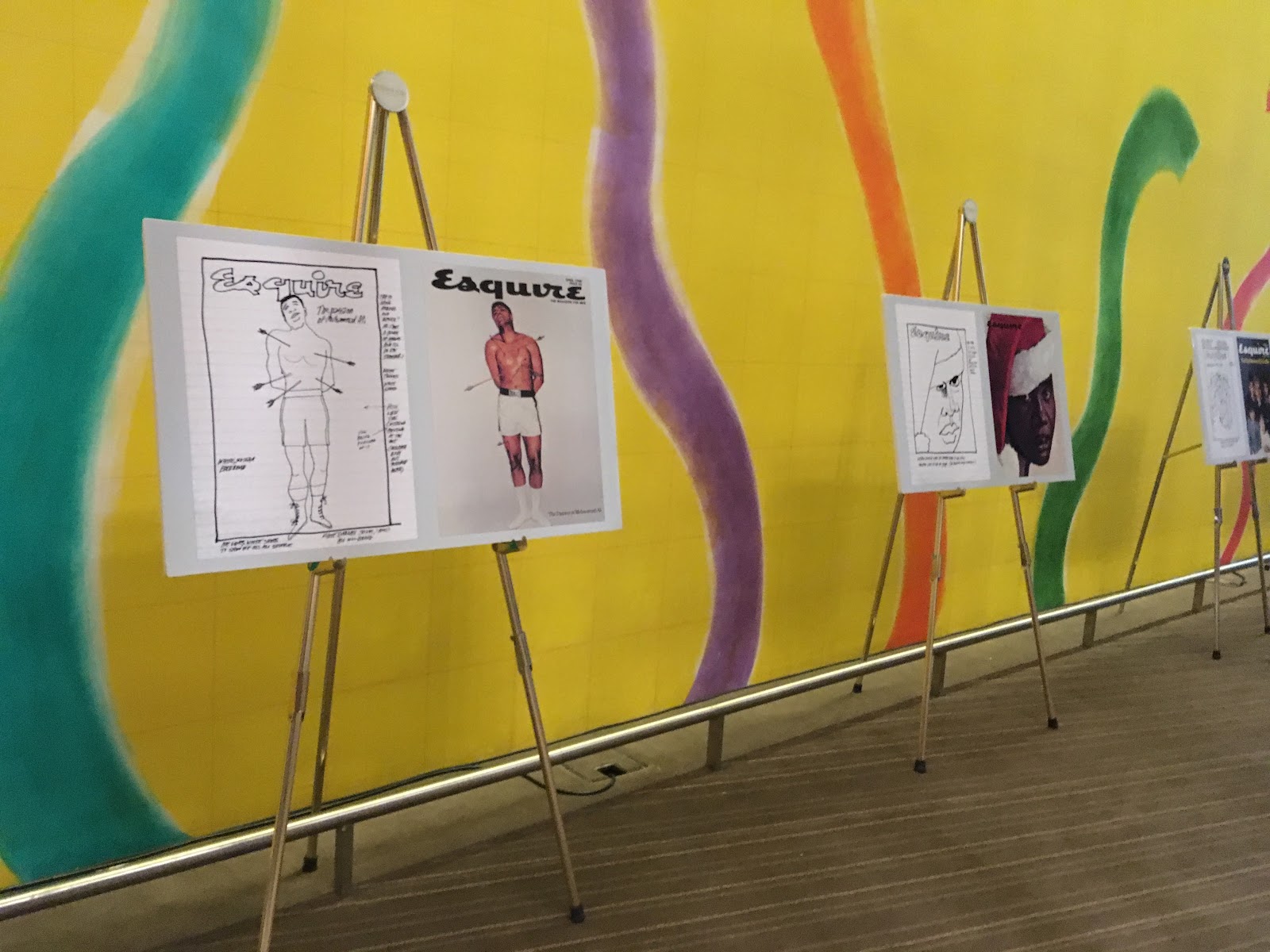 At the conference, Lois also gave the audience a first look at the original sketches of the magazine covers.  The sketches, marked with handwritten notes on facial expressions and other design choices, closely resembled the final products, so much so that Andy Warhol himself wanted to trade George Lois’ original artworks with one of the original Campbell’s soup can paintings.  The cover eventually went to the Museum of Modern Art and was on display as part of the museum’s permanent collection.


In the early 1970s, Harold Hayes left Esquire magazine and Lois followed suit.  Lois remembers the magazine’s circulation falling to 300,000 after his departure.


Today, George Lois is 86 years old. He occasionally visits The City College of New York, accompanied by his son Luke Lois and grandson Alex, to check in with the students and faculty involved in the processing of his lifetime’s worth of work.  Along with the Esquire covers and sketches that he presented at Creative Week, the “Big Ideas” collection also consists of advertisements from the very beginning of his career to his present day collaborations with his son. 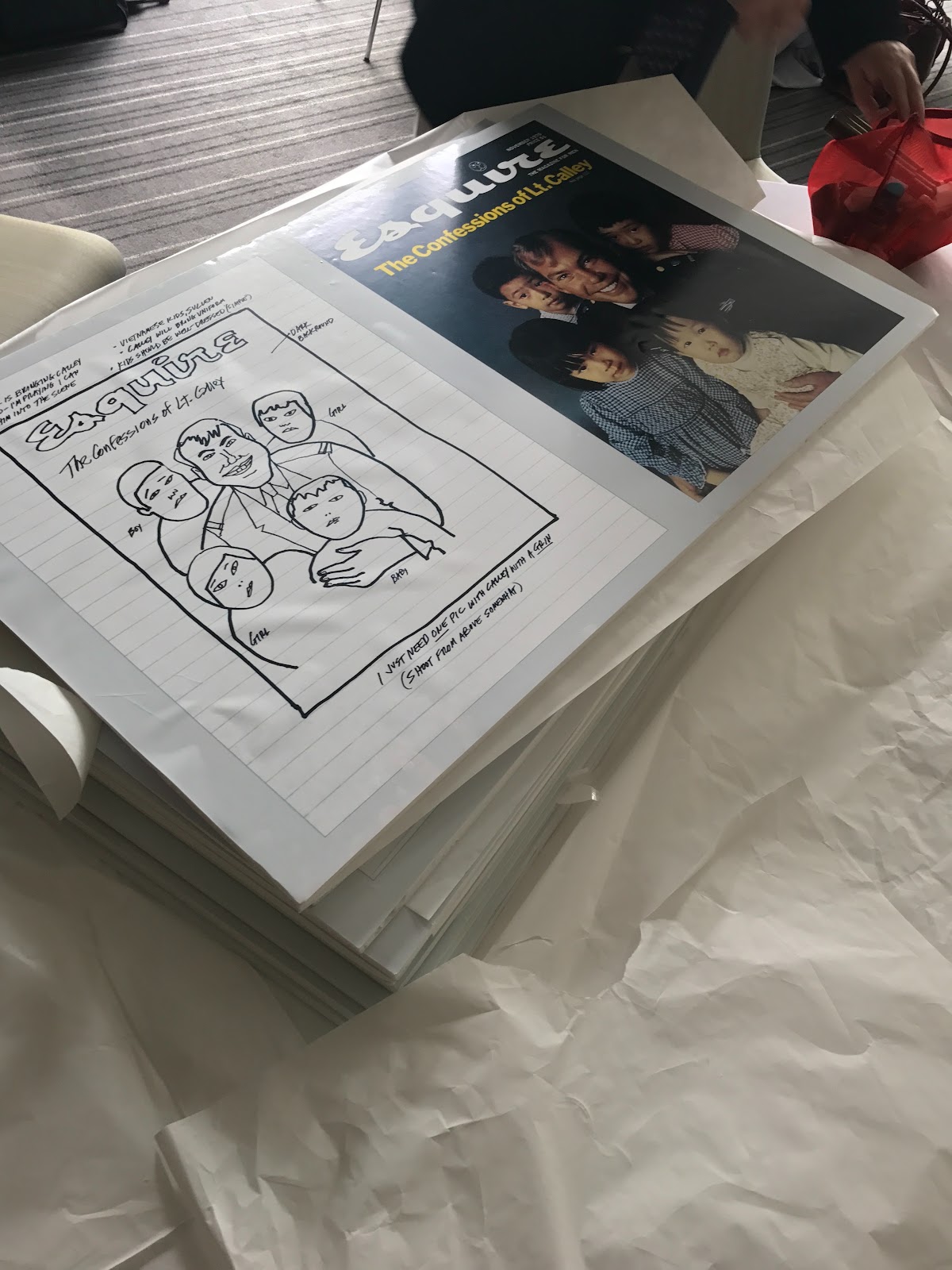 As a student archivist from January to December 2017, I had the pleasure of meeting George Lois himself and gaining access to fifty years’ worth of his work.  I enjoyed seeing him speak as the 2017 Creative Summit keynote speaker. Though it has been five decades, he is as vibrant and his words are as sharp as ever.

February 24, 2015
As a winner of the Social Media Week annual Scholarship Program, today I had the opportunity to attend Social Media Week, which runs from February 23rd to 27th 2015 at Highline Stages. My first session was "The ROI f WOM: A first look at "WOMMA's Return on WOM" Brand Data study.                            What is the true value of word-of-mouth (WOM), online and off, relative to other marketing and media? In 2014, the Word of Mouth Marketing Association (WOMMA) gathered some of the world's leading brands and researchers and launched "Return on Word of Moth," a landmark study to finally answer these questions:How much of a brand's sales are driven by WOM? Does WOM amplify marketing and, if so, by how much? How do the impacts of online and offline WOM compare? What are the best practices for including WOM in the marketing mix models? How do WOM and paid impression compare in their power to drive sales? Participating Brand and Research Pa
Post a Comment
Read more

October 19, 2017
Each year #AWNewYork has a ton of tracks. And multiple sessions per track - times 5 days. Plus award shows and networking. If you’re worried it’ll be too overwhelming, this post might help. In it I’ll share some tips on how to get there, how to choose what to see and do, and how to make the most of the experience. Take the train Advertising Week often coincides with some UN summit or other. Which means a cab or car sharing service is NOT the way to go. Act like a real New Yorker and jump on the subway – or risk getting stuck in epic traffic.   Wear comfy shoes & layers There’s no way around it – you’ll have to walk all over hell’s half acre. And stand in lines. So put on your cutest kicks. And don’t forget to bring a sweater or scarf for when they crank up the A/C.                 Charge up Prepare yourself to be overstimulated because brilliance will be coming at you from all sides. You need to be fueled up to take it all in. The food is sparse and if
Post a Comment
Read more